California residents are moving to other states at alarming rates due to a variety of factors that make California difficult to work and live in. The picturesque beaches, surf communities and green lifestyle aren’t helping people stay in California anymore. Here are the top five reasons people are moving out of California.

Housing prices in California continue to rise, and people’s incomes are not able to keep up with the change. The average home value is close to half a million dollars. Middle-class careers such as teaching, public service, and retail work cannot manage a comfortable lifestyle in California anymore. California has a shortage of homes which is thanks to laws that slow down the construction of new homes, and supply-and-demand thus increases the housing prices overall.

For more than a decade, California has been ranked #1 out of all the states in the U.S. for being the worst for businesses. Corporate headquarters for large corporations have flocked to other states in the recent years. Businesses say that taxation, regulations, workforce quality, and state and local attitudes towards businesses are what forces them out of California. When businesses leave California, workers have no choice but to go where employment is.

3. General Cost of Living is Higher

It’s not just the cost of housing that’s significantly higher in California. Everyday cost of living such as gas, electricity, water, and trash collection are also higher in the state. This has spillover into other areas such as commute times. It takes longer to commute in a car on the streets of California versus other states, which consumes more gasoline and thus a higher commuting expense.

California has the highest state income tax rate out of all the states. Taxes for both individuals and businesses are astronomically higher in California, and taxes cut into the profits of everyone’s income. Californians are moving to states like Texas where the tax rates are significantly lower.

Safety is a big concern for California residence and one of the prime reasons why people move out of the state. The homeless population is increasing, and they are creating large tent cities all over the state. Los Angeles City Council asked the California Governor to declare homelessness as a statewide emergency. And illegal immigration is still an issue in California which increases the crime rate. The illegal drug industry from Mexico is still moving across the border to California which makes local cities less safe (especially if you live in Southern California).

California is becoming a state that only the wealthy can afford to live in comfortably, and these five factors should be taken into consideration if you want to move in and out of the Golden State. 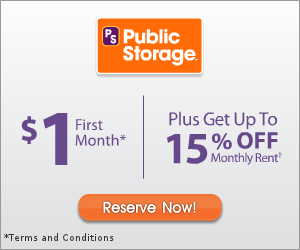